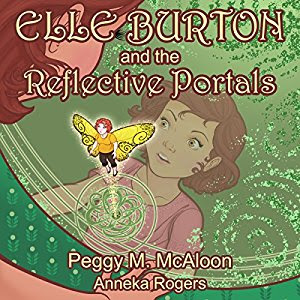 Elle Burton is an ordinary kid... or so she thinks. She loves to wear pretty clothes, play with her friends, and finish her homework. On her 10th birthday she encounters Eunie Mae, a tiny, fairylike being who comes from a world called Fiori. She begins a journey that leads her from this world into another dimension through reflective portals where winged creatures called Fiorins are linked to all human life. Other than some children under the age of eight, the only human beings who can see Fiorins are guides - humans who have been chosen to help the inhabitants of Fiori protect the children of Earth.
Being a guide seems like the opportunity of a lifetime. Elle loves helping others, and now she'll have magical assistance. There are those who don't want her to succeed. Evil forces do everything in their power to keep the guides from offering support to those in need. Will Elle be able to unleash the magic in the pendant she has been given by the Fiorin leader Mother Blue or will she have to depend on others for solutions?
Elle is not sure she has what it takes to be a Guide. She questions everyone's belief and trust in her, especially when she stumbles into trouble. In spite of her fears and insecurities in her new role as a guide, she is always there when called upon to help children in trouble
Join her as she enlists the Fiorin warrior Amadeus and others to help her protect human children against bullying and physical abuse. The children Elle encounters are dependent on her decisions and quick responses. Travel with her to Fiori and discover magical foot lockers, spider elevators, and the beloved Pegasus. Join her crusade to protect the world's children.
Her journey to adulthood begins as she attempts to complete the three challenges, predicted centuries ago. She is a modern-day role model who embodies everything that is good in this world. Will she be strong enough to combat the problems children face in the 21st Century? 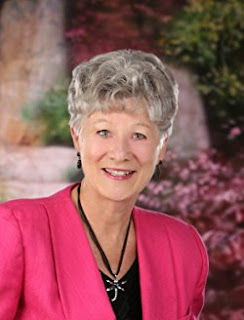 Peggy M McAloon
is on a mission to inspire kids everywhere to stand up to abuse and bullying. Her “Lessons from Fiori Series” about a young girl from Wisconsin, provides a strong female role model who isn’t afraid to show compassion or hack into a con man’s computer if the need arises. Peggy’s courageous battle with depression, abuse, and a traumatic brain injury has enabled her to identify with both children and adults who have suffered from abuse and bullying.

She’s a retired trainer and speaker in the field of commercial credit. Her first book, “The Art of Business Credit Investigation” was featured in Inc. Magazine. She’s been interviewed by the Associated Press and appeared on news shows in her efforts to protect our water resources.
Links
Website:peggymcaloon.com
Amazon:https://tinyurl.com/y9m5qxd8
Twitter: @PeggyMcAloon
Posted by Victoria Simcox Blog at 9:30 AM

Welcome to my Blog

Thanks for stopping by, where I showcase talented authors, revealing their work. Please support me by clicking the join my site button below, and while you're here, be sure to check out my books, The Warble, The Shard, The Medallion & The Prophecy. 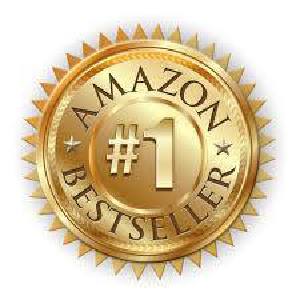 Sequel to The Warble

The Medallion (The Bernovem Chronicles Book 3)

Give the gift of Prime!